Back to UCDS Schools Blog

It’s July at UCDS and Summer Camp is well underway. This summer, I am leading a camp that has been floating around in my mind for a few years now. The idea crystalized thanks to increased online ordering and subsequent cardboard packaging and recycling: Cardboard Camp. 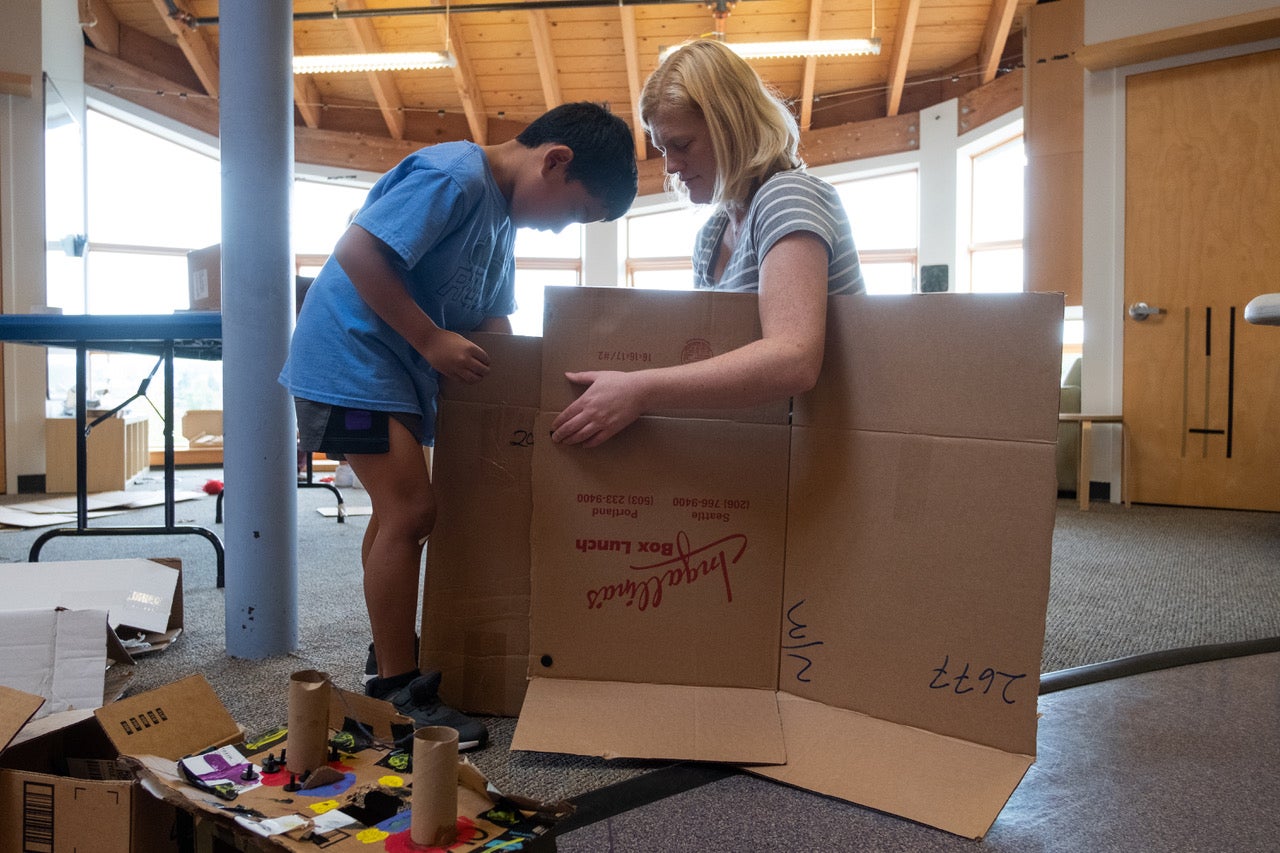 There are artists who create beautiful works out of cardboard, designers who prototype in cardboard, bloggers who post about how to craft with cardboard… and then there are kids, the ultimate alchemists, who can take just about anything and turn it into fun. I had no doubt that, given a room full of salvaged cardboard and a variety of adhesives and construction supplies, kids could make magic. I knew that we could have fun with cardboard for a week. But I also knew the learning potential of an open-ended project, even with no academic agenda.

While planning my camp, I found innumerable projects online and was inspired to generate that many more. I could have easily filled the week with instruction and concrete expectations. But my faith in kids’ imagination, my curiosity about what they might come up with, and my belief in the growth opportunities of self-directed play and invention was stronger than my desire to produce specific products. I decided to sprinkle in design techniques as mini-challenges to start each day, and provide books with concrete for kids who need that as a springboard, and to mostly let them run with their ideas. 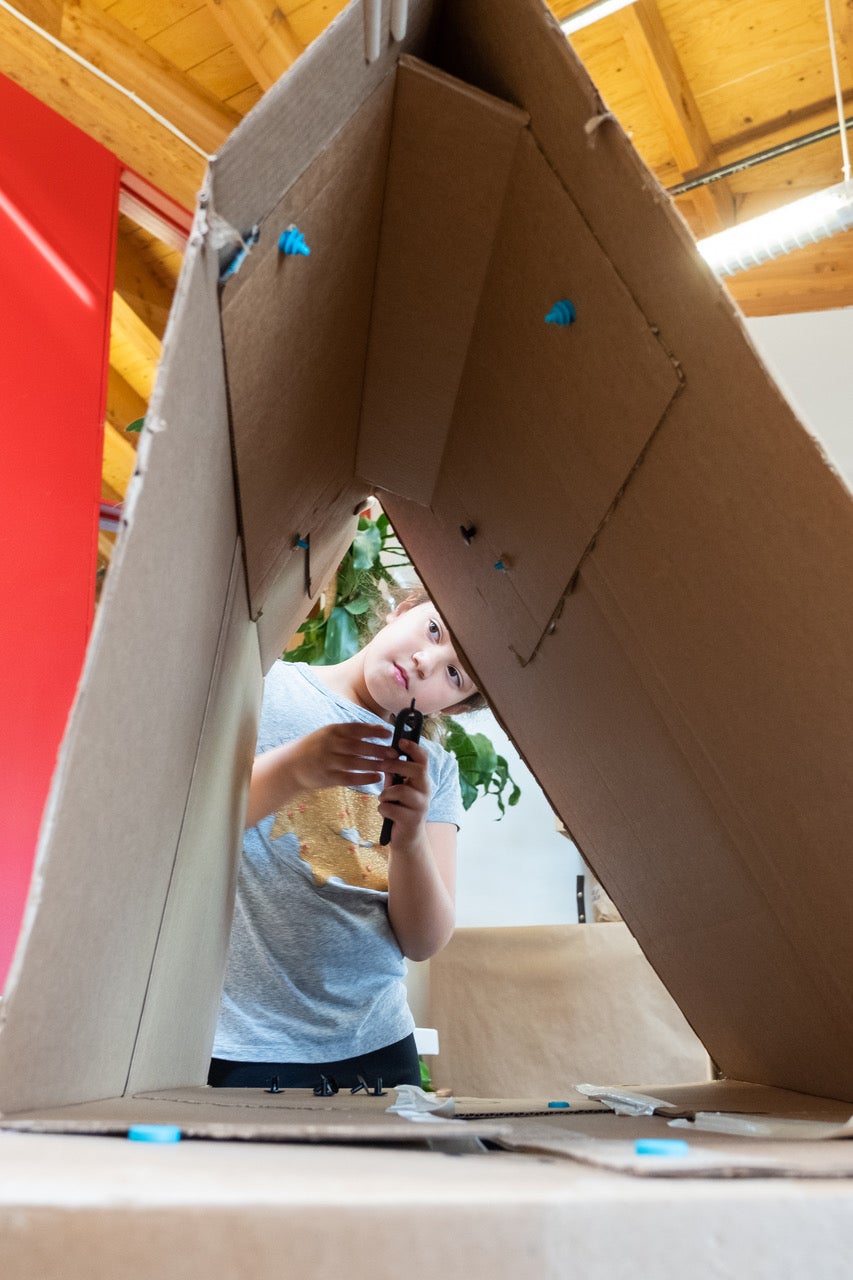 The results have been exciting to watch. A group of two kids started building a rocket ship on Monday, and have since grown to include several more students who were inspired by their project. The space ship now has several rooms and stories, and is painted both traditional gray on some sides, along with many surprising splashes of color, depending on who was wielding the brush for each panel Several other students have built person-sized, foot-powered cars that they plan to race on the last day. One student started with a clear purpose on Monday–to build a dollhouse, and has expanded her vision each day to add rooms, furniture, people, and even a waterfall. Many younger friends spend chunks of time watching her create when they are taking a break from their own projects, and often walk away inspired to try something new. 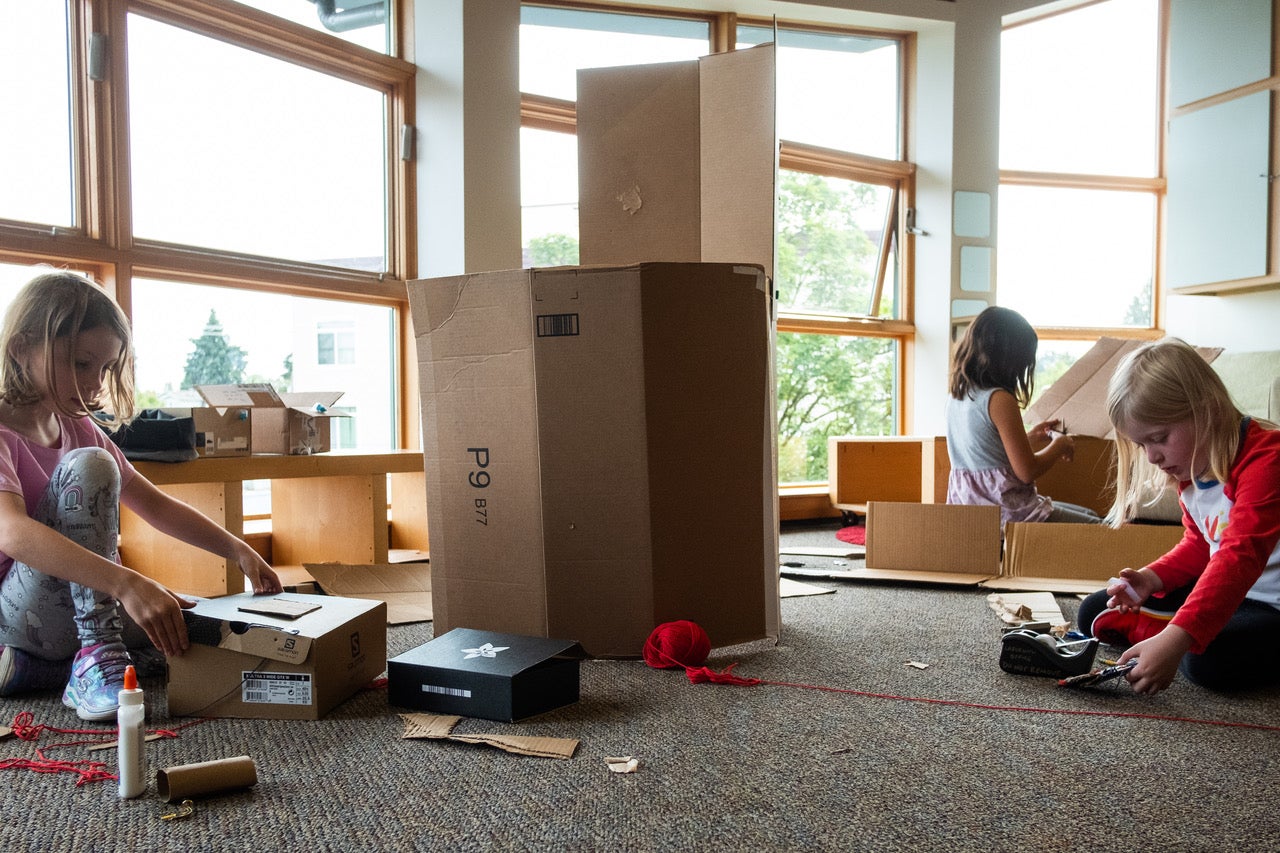 At the beginning of each day, campers are given an unexpected challenge to stretch their building and problem solving skills, and at the end of each day, campers are asked to share discoveries they made and challenges they have either solved or are still working on. True to the culture of UCDS, we have been purposeful to elicit and celebrate the many social and emotional challenges that facilitate learning: tackling tricky moments as opportunities to grow, flexibly re-assessing and redesigning when things fail to work as expected, observing peers and applying what you notice to your own problem solving, communicating your vision while being open to others’, asking for help when you need it—and articulating specifically what assistance is needed. At UCDS, students are working on these skills whether they’re tackling a tricky Math Vitamin or constructing a cardboard masterpiece.

Six Highlights of an Innovative School • Being Brave

Six Highlights of an Innovative School • Mentorship Through Collaboration